BY leaving working class people in the lurch over the EU referendum the Labour Party has set in stone its 2020 General Election defeat and possibly opted for its destruction as a mainstream political force.

It would be difficult to devise a system more able to degrade and destroy a class of people than the current EU - which will never be reformed in the way the Labour Party wants.

After its creation of the NHS, the welfare services, building decent council housing, expansion of university education, workers’ rights in the 1970s and even the minimum wage under Tony Blair we owe the Labour Party so much.

As the son of a Daily Mirror buying, trade unionist and Labour supporting father I’m very uncomfortable about being hypercritical of Labour. But things have to be said and it seems few Labour MPs - Frank Field excepted - seem to ‘get it’.

For the vast majority of working class people the EU has been a disaster.

Bluntly in two areas - the labour market and housing market - it is a question of supply and demand working against less advantaged people.

Government figures show there are now 2.1 million EU nationals working here. These people are very good for the economy as they are well educated, mostly hard-working and motivated and they greatly boost productivity. When I was a student at Kent University in the 1970s economics students on the course ‘Problems of the British Economy’ all discovered how low productivity and low productivity growth was our most serious problem. Importing these Europeans addresses this problem to a degree.

BUT these additional people out-compete our less able people, reducing locals' opportunities and provide less security as the labour supply of those competing for the less skilled jobs expands to an excessive scale. Hence the rise of zero hours contracts.

The result of thi sub-optimal situation is misery for those people who in happier times would have been able to have a better life through better job choices. Zero hour contracts and poor job security are a direct result of the imbalance in the labour market at the less skilled end. At the highly skilled end the market isn’t working as the Government feels forced to keep out highly educated and much in demand workers from English speaking nations in favour of EU nationals.

The result (even accepted by the Government and its establishment lackeys) is wage compression (low wages) at the foot of the labour market and skills shortages at the other end. No amount of EU workers’ protection legislation makes much difference in the face of the market forces as such well-meaning tinkering  is simply a deck chair re-arranging exercise.

The current Tory government is witless in dealing with the housing problem. When faced with people being excluded from the national dream of home ownership by high prices, what do they do? Bring in a ‘help to buy’ scheme which forces house prices up even further. Hon George Osborne is the person who is economically illiterate!

The housing market is the labour market mirrored.

Even by doubling house building you can only increase the size of the housing stock by about 1 per cent a year - new build forms a very small percentage of the total housing stock built up over generations.

With the housing stock almost fixed the demand is soaring as Britain’s population is now rising by one million every 38 months. Most of that increase is fuelled by net inward migration rather than natural increase (the excess of births over deaths). That swelling of the population forces up the cost of housing, both rented and open market. The result is reduced labour mobility geographically leading to more commuting, massive over-crowding in working class households and greater inequality of wealth as those who own property see their assets soar in value while those in generation rent become poorer and poorer as they pay more and more in rent.

The rising rents are a direct result of the increase in demand and the impossibility of the housing supply to keep pace.

Yet the Labour establishment and now even Jeremy Corbin, who many of us saw as a ray of light on this issue, seemingly are not listening.

Big Business loves the EU as it suits their short-termist asset-stripping agenda and it lowers the relative power of labour versus capital and land (which they control). Meaning bigger profits for corporation - even more so when the EU signs the awful TTIP deal with the USA.

Labour needs to wise up - or very soon its vote will evaporate as people refuse to vote or move across to UKIP.

UPDATE - It seems two old fashioned traditional Labour MPs have understood what is going on. Details from The Guardian on 10 June.

And here is Labour veteran Dennis Skinner in the Morning Star on why he, too, is backing Brexit:

My opposition from the very beginning has been on the lines that fighting capitalism state-by-state is hard enough. It’s even harder when you’re fighting it on the basis of eight states, 10 states and now 28.

In the old days they could argue you might get a socialist government in Germany, but there’s not been one for donkeys’ years.

At one time there was Italy, the Benelux countries, France and Germany, Portugal, Spain and us.

Now there’s just one in France and it’s hanging on by the skin of its teeth.

He agreed with Labour leader Jeremy Corbyn’s refusal to share a platform with David Cameron on the remain campaign trail and said he too would not team up with the Tories or Ukip in support of leaving the EU:

I won’t join these Tory and Ukip campaigns, I don’t believe in helping to bolster their prestige … I don’t play any part with them. 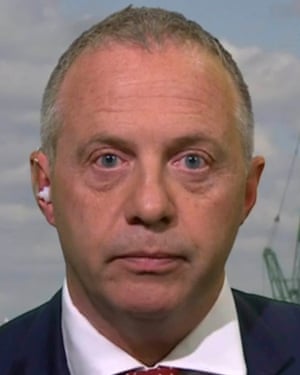 Here’s Labour MP John Mann’s letter in today’s Sun spelling out why he will vote for Brexit.

He says too few of his Westminster colleagues have picked what he thinks is the right side in the referendum campaign:

On polling day they are going to get a big shock across the country.

Mann says immigration is the key issue pushing him to Brexit:

I don’t want to live in a country with 80-90 million people living in it. I don’t want everything to be one big city. And the only way you can deal with that is by controlling borders.

And he says the remain campaign argument that the EU protects workers’ rights is a distortion:

Many Labour colleagues say we should stay to protect workers’ rights.