A town council initiative that sees ten work placements being funded was just part of the first ever Job Fair aimed at helping young people into employment. 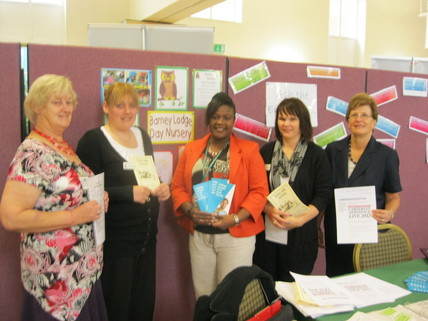 For eight hours a steady stream of young people dropped into the Civic Centre to look around for jobs or get help with writing CVs and picking up tips on handling job interviews. 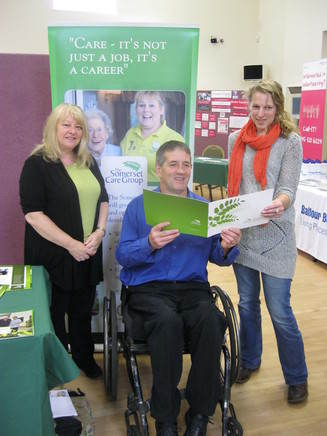 "I lost my job when Julian Graves closed," explained Georgina Waters who was one of the first through the doors. "I picked up the leaflet in a local shop when I was looking for work and here I am."

There was a strong emphasis on one of the growing sectors of the local economy - looking after the elderly in their own homes.

Somerset Care now have two major contracts in Wiltshire and Georgina is seen (right) with community engagement officers Denise Cooper and Eamon McClelland at their stand.

"I would mostly be interested in looking after those with disability," said Georgina.

A local organisation that has already signed up to the council initiative is the town's local radio station.

Joining WCR station director Barry Mole was a 25-year-old job seeker. "I am on a work placement at the moment," explained Justin Tuffill. 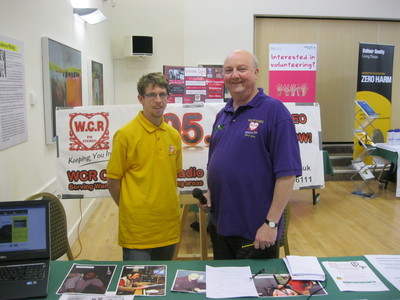 "This has come out of Youth Enterprise Warminster," explained county and town councillor Pip Ridout.

"Businesses like Junction 18 and Malaby Biogas are interested and as well as work placements there are also apprenticeships."

The group have been active at Kingdown School gathering information on the needs of young job seekers and produced a series of bite size woirkshops in an adjacent room.

"We are handing out a questionnaire today that will also help us to build on this scheme," explained youth worker Sandra Samuel.

Starting with a workshop on interview skills at 12.30pm there were five others at 30 minute intervals finishing with writing a cv.

"I applaud this as a first for Warminster," said Paul Macdonald. "It came on the day that a national scheme to fund more apprenticeships was launched locally in Salisbury.