The welcome home party for troops  in Warminster back from Afghanistan had an extra special finale as local residents opened their curtains or stepped outside to enjoy a fireworks display.

The evening event at the Battlesbury Barracks was just loud enough for passers-by to hear what sounded like a live performance from a pop star and word started to spread.

Inside the camp the ranks were completely surprised when a pop star famous for her 2009 hit song took to the microphone. The off duty soldiers were soon showing their appreciation.

Pixie Lott, who launched the 'Poppy Appeal' at a free 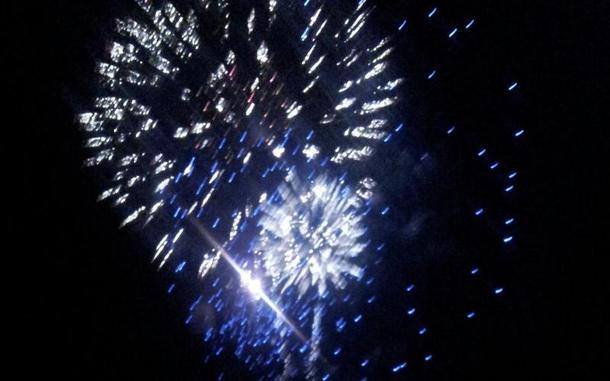 concert at Trafalgar Square, was soon also being mentioned on the local estate.

Her performance was followed by a very loud fanfare.

The fireworks display that then started lasted about 15 minutes lighting up the sky close to The Dene but seen and heard much further away.

"What a lovely display it was," said Dene resident Ruth Dew. "It was a great view from the bedroom window."

A resident of Queensway described the display as 'awesome' and it was even enjoyed by a family living as far away as St. John's Road.

"It was really spectacular and once locals realised that it was not just another Guy Fawkes thing but a 'welcome back guys' celebration they all gave it a big thumbs-up," said Paul Macdonald.