Is this the Avenue to getting the plan right?

Matthew Brown, who is the UKIP parliamentary candidate for South West Wiltshire, said he would support the community campaign led by Warminster resident Tracy Scott to block a proposed new road linking Portway and the central car park in Warminster.

The UKIP candidate having removed his party rosette, said: "I met Tracy on this very stretch of The Avenue while campaigning here last week and am happy to back her campaign.

"During the past few days  it has been almost impossible to find a single person in favour of this idea.

"I speak here as a former chairman of a residents assocation and to cut a long story short a plan as ludicrous as this was on the cards back then. A casino in our residential area."

Paul Macdonald also addressed the gathering of more than 50 people. He said: "This is a disgraceful idea and I firmly believe there is a hidden 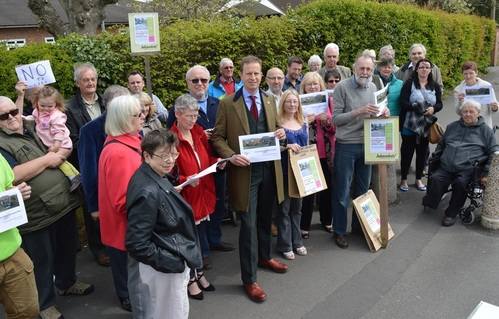 agenda behind this proposal.

"I think it is vitally important that people join in this campaign and tell their friends and families about it and how they can have their say.

" I believe what Tracy has done is the avenue to getting this whole neighbourhood plan right." 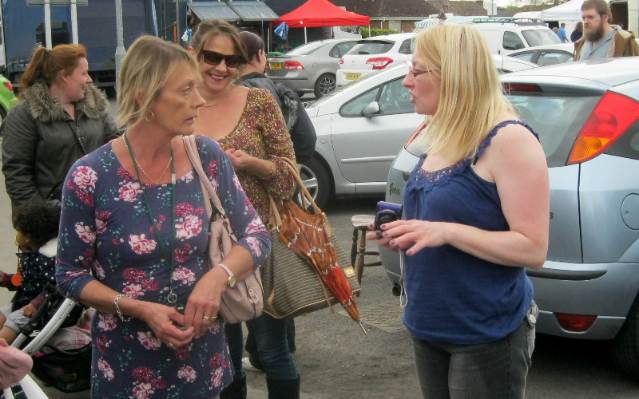 Conservative town councillor Rob Fryer, who had told two town councillors previously that he had invited the Conservative candidate, also advised people present of the need to object as individuals in addition to signing the petition launched by Tracy Scott (pictured right).

The final opportunity to comment on the proposal of the Town Council's Neighbourhood Plan Working Group comes on 7 May when the final exhibition takes place at the Civic Centre between 9am and 6pm.

'Ask for a feedback survey form there and then please hand it in' was the advice that was given to those that turned up for the next two hours as councillors Fryer and Macdonald stayed to help Tracy.

Copies of the concise edition of the neighbourhood plan were handed out at the gathering in The Avenue on Friday.

So many were eagerly grabbed that Paul dashed to the town council to get more as quickly as a veteran campaigner can do at his age without his bicycle dashed to get more.

* The headline picture shows Paul (right) holding up the work of the neighbourhood plan working group that included councillor Rob Fryer (left with the hat) as a member. 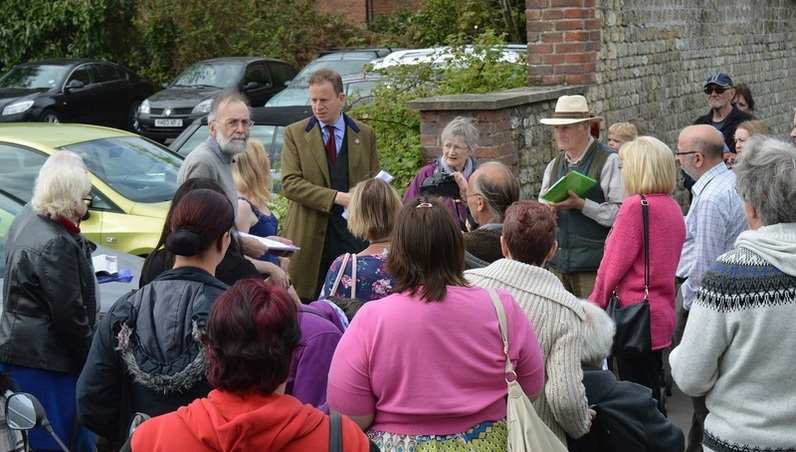