Mayor fails to confront Nicklin for speaking out of turn

NEWLY appointed Warminster mayor Sue Fraser disappointed Independent councillors during her first appearance in the chair of the town council.

The Tory councillor made no attempt to admonish a member of the public from indulging himself in a personal attack on an independent councillor during tonight's full council meeting.

Leading Conservative Tony Nicklin, a former councillor and town mayor, accused Independent councillor Paul Macdonald of being 'scurrilous' during his latest outburst at the meeting. 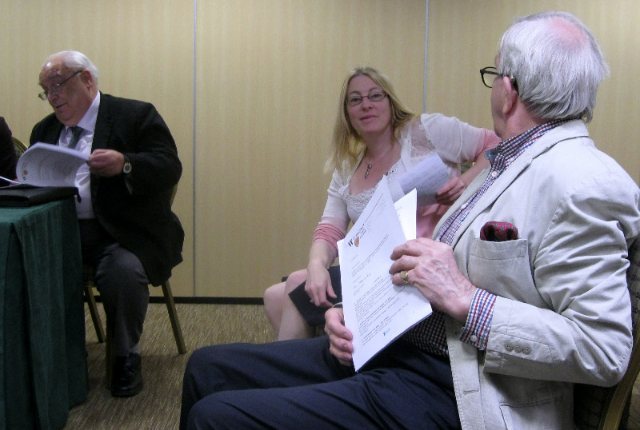 Paul had been trying to get the council to allow a member of the public, Tracy Scott, (pictured minutes before the meeting started) to address the body during the time set aside for public comment.

Tracy is worried about the threat to The Avenue.

Steve Dancey, who was watching, said: "Mr Nicklin, who was fifth out of five people contesting the four member Warminster Broadway ward in 2013, has got some form.

"Last year he made a shocking outburst aimed at me during a council meeting asking 'who are you looking at' in a most uncouth manner.

"We could do without his contributions but what is more worrying is the seeming inability of those chairing the meetings to slap him down when he engages in this sort of behaviour. I really don't know who he thinks he is.

"Are people scared of confronting this person?"