Steve presses MP to seek out help for Warminster poor 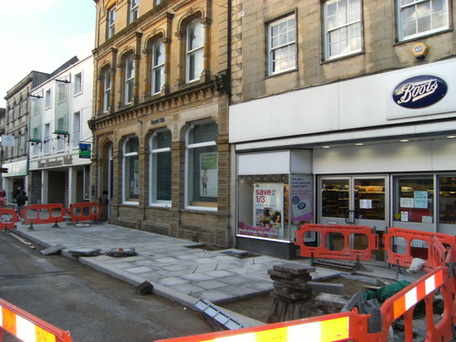 VISION for Warminster's Steve Dancey has urged local MP Andrew Murrison to press for a better deal for some of the town's most hard-pressed individuals.
At a meeting between town councillors and the MP on Friday afternoon the town councillor brought up the issue of high charges faced by those using key meters for electricity and the high travel costs faced by unemployed benefit claimers making continual trips to Trowbridge Jobcentre.
Many of our poorest people also face bedroom tax misery and while unemployed people in Wiltshire must pay 20 per cent of their council tax liability - unlike people in neighbouring Test Valley where there is a nil charge!
Steve said: "It is utterly unfair that the poorest people are hardest hit by austerity measures. The fact that so many must pay so much for their electricity is just plain wrong but that is what is happening.
"Warminster's unemployed people are also treated unfairly in comparison to those in Trowbridge as they face travel costs to sign on each week. Jobcentres only fund one trip a fortnight and six or seven pounds taken in travel costs are significant. I've heard of people being called in many times each week It is as if Ian Duncan Smith has refined the ideas of the New Poor Law to fit the 21st Century.
"We are in an economic hole and we should be in it together, but we are not.
"Sadly there seems to be no political party out there prepared to stick up for our poorest citizens - perhaps they are all too scared of being targeted by newspapers like the Daily Mail for backing so called 'scroungers'.
"The overwhelming majority of those living with these issues are not scroungers but trapped in their circumstances for genuine reasons."
The town council could help.
Rather than renting space out for commercial users to make money from the Civic Centre it should be used to really help the citizens of the town, maybe as a home for Jobcentre outreach centre a couple of days each week - reducing the need for claimants to travel to Trowbridge.
Warminster used to have its own Jobcentre until about 15 years ago in Station Road.
Dr Murrison said the key meter and travel issues had been brought up during his 11 years as MP.
He said he will contact SSE about the key meters and also write to Jobcentre Plus to see what their view is now.
(SSE used to be the state owned Southern Electricity Board - it was privatised in the late 1980s and now yeilds more than 5 per cent as a share, has increased its dividend every year for 15 years and its shares have quintupled in value since privatisation and are now worth £15+)