A Warminster sexagenarian at the highest risk of death if exposed to the coronavirus during the current pandemic is walking to Land End on his own avoiding all contact with the public after more than 13 weeks isolated at home.

“Early in 2020, COVID19 paid us all a visit and we suddenly woke up one morning to lockdown,” explained Malcolm Mellersh.

“I have a long term medical condition known as COPD (Chronic Obstructive Pulmonary Disease) and became quickly aware that contracting the virus would likely be fatal.

“I therefore had to regard the Lockdown as completely obligatory and not just a massive inconvenience.

The Pound Street resident, at the age of 69,  is pounding his way across hilltops and alongside rivers, at an average speed of less than one mile per hour stopping regularly to catch his breath. 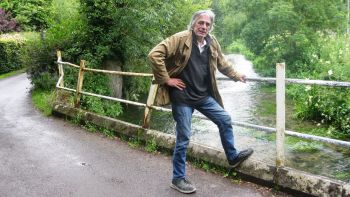 "I like going for walks. Not for the exercise. For the adventure,” said the pensioner who retired two years ago.

”Not the same walk repeated, but more like Captain Oakes, with a strong hint of this could be my last walk into the unkown, possibly with no return.”

Malcolm suffers severely from emphysema, by which as it was known when he was first diagnosed, makes breathing increasingly difficult when any physical activity is undertaken and the wearing of a mask impossible.

“I was to avoid physical proximity to absolutely anybody and stay in the house for an undefined period. Anybody out there could carry the virus. They wouldn’t know,” said Malcolm.

“I wouldn’t know. The virus was highly transmissible and if passed to me almost certainly fatal.

“I stayed at home. I had many things to do so my time in this self imposed prison was filled with activities and my mental health maintained.”

So far the former engineer, who has worked extensively across the world visiting many famous landmarks has discovered the view from Middle Hill, the Mill at Heytesbury, villages towards Salisbury, following the Wessex Ridgeway after ‘a light came on’.

“A couple of weeks passed and a light went on,” explained Malcolm. “ I recalled previous journeys and realised that now was my Captain Oates moment.

“It ticked a lot of boxes. Firstly, it would be an addition to the number of activities. Secondly, it  was a long term idea that would outlast the lockdown.

“It got me out in the fresh air and away from the four prison walls. I didn’t need extra kit, just a couple of legs that worked and I could do this relatively freely without making contact with anybody.”

Studying maps of the southwest he soon realised that there was a clearly described route that completely met his needs.

“I planned the route. Something Boris hasn’t done yet.,” said Malcolm with a smile.

“The Wessex Ridgeway parts company with the Imber Perimeter Path and drops down into Heytesbury.”

"This was easy. All I had to do was open the back door and start walking,” explained Malcolm.

“I discovered that I could only walk for a short while before the need to stop and recover my breathing. I had to find a means of managing the COPD. 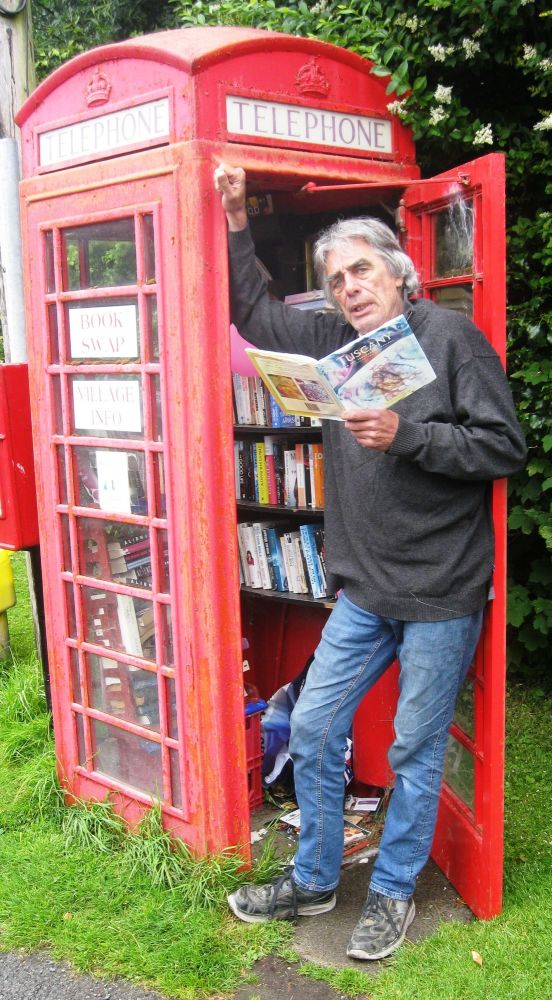 “It works out that a good recovery period is approximated by counting. On the flat I can walk 200 steps and recover after counting 50 breaths.

Malcolm counting between 60 to 300 steps uses 20 to 60 breaths in recovery, dependant on the terrain, and the treks take five to six hours to do four miles on a good day.

“This is very, very slow, but then, who cares," added Malcolm.

"The next occasion, starting from the previous finish point, six more kilometres and so forth.

"In Corton I found the telephone box library," revealed Malcolm.

" I could have stopped there, found a field and read a book that afternoon. Of course it is the summer."

Malcolm is helped by his partner Marny that sees one car parked at the destination point (most recently East Knoyle) and Malcolm then taken to the start of the next stretch of his legs.