Dusk at the town park in Warminster will soon have a new way of enjoying a natural daily event that matches the sight of wildfowl during the day.

The town council, after a bit of batting an eyelid, have agreed to support an information board about the huge range of flying mammals that wake up to feed on moths and mosquitos.

“I wanted to speak to you about an information board about bats in the park,” said Sustainable Warminster member Sarah Walters speaking to councillors on Monday

“We have done a lot of surveys over the last two years. Warminster has a really rich habitat for bats. 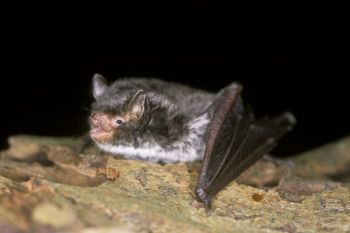 Nationally, less than 20 types of the creature usually seen portrayed in vampire films , are known to survive.

“We discovered we have got 13 species of the 17 bats in the country,  We have information to get out,” said Sarah before making a photographic and then video presentation once yet again technical problems had been overcome.

Sustainable Warminster had already attracted a £750 from a Tesco community fund and were looking for another £750 from the town council.

The project is a bat information board for visitors that already included children last year.

Their parents can even use their mobile phone using a ‘QR’ to get to know more about what they are seeing.

“The lake is particularly important. Hundreds of bats at times flying at dusk catching mosquitos and moths," said Sarah

“I invite you to come down to listen to them on the bat monitor.”

A councillor proposed giving the money but wanted it on the record that he had prevaricated challenging the parks manager about safety issues.

”I am happy to move the recommendation,” said Cllr. Andrew Davis. "

£There are three things. The location and design of the board. I am going to call it a solar panel thing.”

He raised the issue of the number of sharp edges, positioning, and size.

“We would not put it in a position where we felt there was a chance someone would walk into it,” responded parks manager Stuart Legg.

“It would be risk assessed before it went up.”

Councillor Davis also asked about an advert for Tesco and was told that would be likely as they had given Sustainable Warminster a grant.