Two days to go to the opening of the doors at polling stations across Wiltshire in an election that is now widely predicted to be a flop.

Warminster residents appear to be no different to those across the rest of the country in complaining about the Police and Crime Commissioner vote. 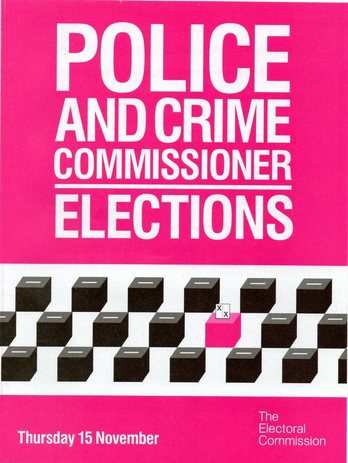 Every elector will have received their polling card telling them where to vote but after that the traditional electioneering that informs the opinions of those that decide who wins is failing.

"I have spoken to hundreds of local people," said Paul Macdonald. "No one has received an election leaflet which is surprising as there are six candidates."

"Most say that they have not received the Electoral Commission pamphlet which I have read but I also have received nothing else."

Candidates have been given a little air time on the TV and radio, and three candidates were guests on Warminster Community Radio.

"In a move that smacks of desperation there is now a dedicated website that can be visited that does give details on each candidate," added Paul.

"It is found at www.choosemypcc.org.uk but it leaves a large section of our community uninformed - those without the internet."

"Another common theme is that political parties should not be putting forward candidates but to be fair to their candidates a deposit of £5,000 means that another large section of the community is discouraged.

"This whole idea is now being shown to be a costly huge mistake and if ever the government needs to make a u-turn then this has to be one of them in my view."

Polling stations open from 7am until 10pm on Thursday.