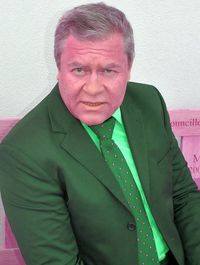 THERE'S no doubt that the avalanche of information about the land-grab some developers are hoping to make in Warminster has confused people.

The essence is that we need to find room for hundreds of new homes in the Warminster area but many people believe they are unnecessary.      Asking how many new homes are required is a bit like asking how long is a piece of string. In the south of England housing demand remains seemingly unrequited no matter how many homes are built as there always folks looking for a home - the only thing that locks them out is the price.

The county council says that between 2006 and 2026 Warminster needs 1,650 extra dwellings with only 120 in the villages!
Demand is being driven up by three factors- the rising propensity for divorce which increases the number of single person households, greater longevity which boosts population and rising levels of immigration (or in our case in-migration). There is nothing we, as local politicians, can do about these factors but we can ask whether Warminster really needs these houses and is it the right place for housing? Probably not because to build homes here does not fit in with the Government's own 'sustainability' agenda.
Put simply we need to ask 'Why are you insisting on so many homes in a town with almost no employment and seemingly little hope of attracting any?' When I attended the information event hosted by the community partnership on Tuesday evening I asked 'Tim' the WC officer about this but didn't really receive a satisfactory answer.
That is because there isn't one.
However Warminster will have to find the room for these homes whether it likes it or not. The figures have been decided 'top down' from the Government with little regard for the views of the local electorate. So much for 'localism' .
Persimmon is pushing its 900 homes proposal on the western urban expansion area - this has Wiltshire Council support. They are probably right as it is the least worst option and better than building on Dorothy Walk or East Boreham.
Even with this 900 identified 180 additional windfall sites are still needed to meet the quota.
The one consolation with the western urban expansion plan is that with the plan accepted it affords other areas in Warminster some protection from unwanted development. Objectors (and council planning officers) can say these speculative applications are not in conformity with the accepted local plan and be confident that developers can be defeated at appeal.
Our task now is to seek the best deal possible from Persimmon and ensure that the company is forced to meet its promises.
*West Wiltshire District Council was scrapped to leave your say in charge of a natioanl politicalal intitiave to centralise planning decisions. Wiltshire Council now do that on your behalf. The West Wiltshire District Plan shortly expires. Guess what? Nothing will replace it for many months. So it is either up step the housing developers or up step the public to have their say to protect the town until the new planning guidance is agreed by an'examination in public' by a government appointed Planning Inspector.