Paul Puts Dukes Up To MP

Members of Parliament including Andrew Murrison representing South West Wiltshire where licences are now issued are arguing that unconventional oil and gas extraction will offer energy security for the UK.

Warminster town councillor Paul Macdonald raised this issue with Andrew Murrison yesterday who confirmed that energy security was one of the reasons he would not oppose hydraulic fracturing exploration locally.

"I decided to explore the background to this argument being put forward," said Paul.

"I believe that in this case what is commonly known as 'coal bed seam fracking' there is strong evidence to throw serious doubt on this assertion.

"The European Union have strong laws about their internal energy market which governs UK gas production.

"They mean that the government cannot have energy security because it has must be traded on an open market of all member states.

"As a result of this up to a third of the gas production is exported annually from the UK."

The European Union produce a progress report for the internal energy market for electricity and gas.

"The single market energy plans by the European Union have insisted on improving the infrastructure links which is steadily making it easier and easier for the market to be opened up," says Paul.

Official government statistics are available to further undermine the case the Prime Minister David Cameron is making with the support of Conservative MPs. 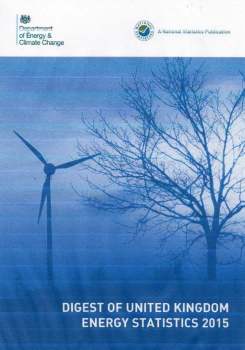 "The government Digest of UK Energy Statistics reveals that the gas that we do import does not come from countries that could in any way be seen as a threat to our gas supplies.

"The most recent figures reveal that a majority of the UK gas imports come from Norway, Qatar and Holland.

"They account for all but three per cent of those gas imports.

"The statistics also show that there is a continual year on year decline in gas imports over the last five years.

"This is coupled with an increase in exports in 2014 which are the latest figures available.

"This then suggests in my mind that the real means of achieving energy security is to invest in the non-fossil fuels alternatives.

"Ironically the front cover of the Dukes report is of a wind turbine!"